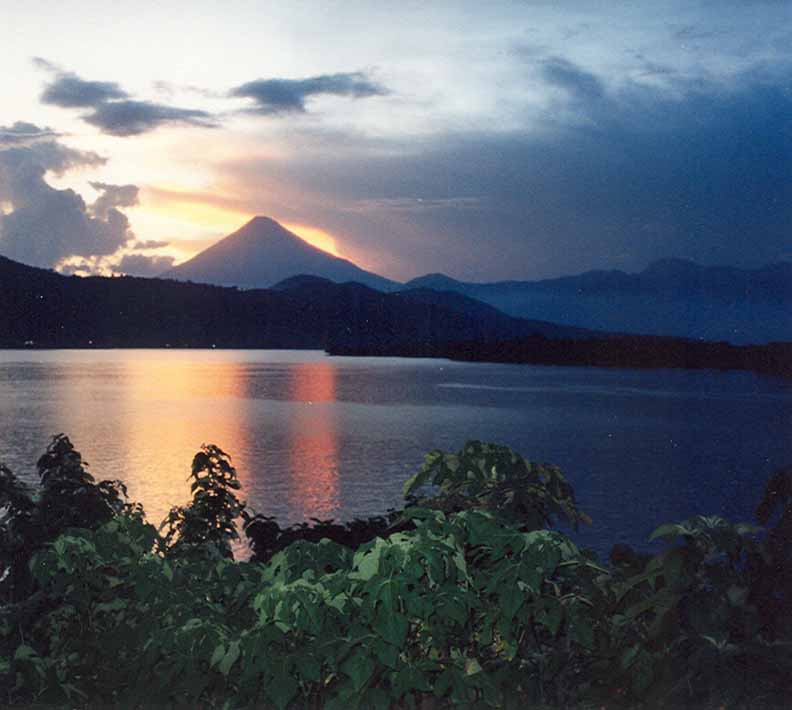 A 50 square mile, pristine fresh water lake, high in the cool tropical mountains, is fast becoming recognized as one of the premier upcoming real estate and touristic destinations in all of Central America.

Lake Arenal was expanded in 1978 to three times its original size as a hydroelectric project, by building a dam at the northeastern portion of Lake Arenal, Costa Rica. It is oriented east from the base of the Arenal Volcano, to the west towards Tilaran and is approximately 22 miles long.

The expansion of Lake Arenal flooded several small towns and the original town of Arenal lies under 190 feet of water, thus the name of the current city of Nuevo (New) Arenal.

Lake Arenal maintains a year round temperature of approximately 78 degrees and supports a growing sportfishing destination including the good eating Rainbow Bass known as Guapote. Lake Arenal also hosts some of the best windsurfing in Central America with winds that exceed 40 miles per hour.

Just a three and a half hour scenic drive from the Costa Rica capital, San Jose, or two hours from the new Liberia International Airport, the Lake Arenal region will remind you of many other beautiful places in the world such as the lakes between Switzerland and northern Italy. The ample rainfall and numerous rivers give it a cool but lush tropical annual ambiance known for its unique exotic and diverse flora and fauna.

Lake Arenal is at elevation of 1500 feet above sea level.

Fishing in the Lake is excellent and it is famous for its very good eating Rainbow Bass, or Guapote. Boating, sailing and windsurfing are also popular and growing. There are numerous beautiful bays and islands that offer peaceful, private vantage points to view the exotic and abundant wildlife around the Lake.

ICE, the governmental monopoly that provides electricity and phone service in Costa Rica also controls the Lake. They have a set back that varies in width within which you cannot build or develop. You may apply to cross this set back for access to the lake, or to apply for a dock. The rules and regulations pertaining to the uses and access to the lake are being written right now and will be available soon.

Before the Lake was expanded, public roads which ran into what is now the lake remain as public access points to the lake and may be used by all for access and to launch boats. Several small marinas exist and there are many larger ones planned and in the permit process.

If you are lucky enough to have a river or stream running through your property there are several rules and regulations you must abide by. You may not stop the flow of the water to the adjoining land. If you wish to build, you may not build closer than 15 meters from the stream. You may build a pond or dam as long as the flow is permitted to continue.